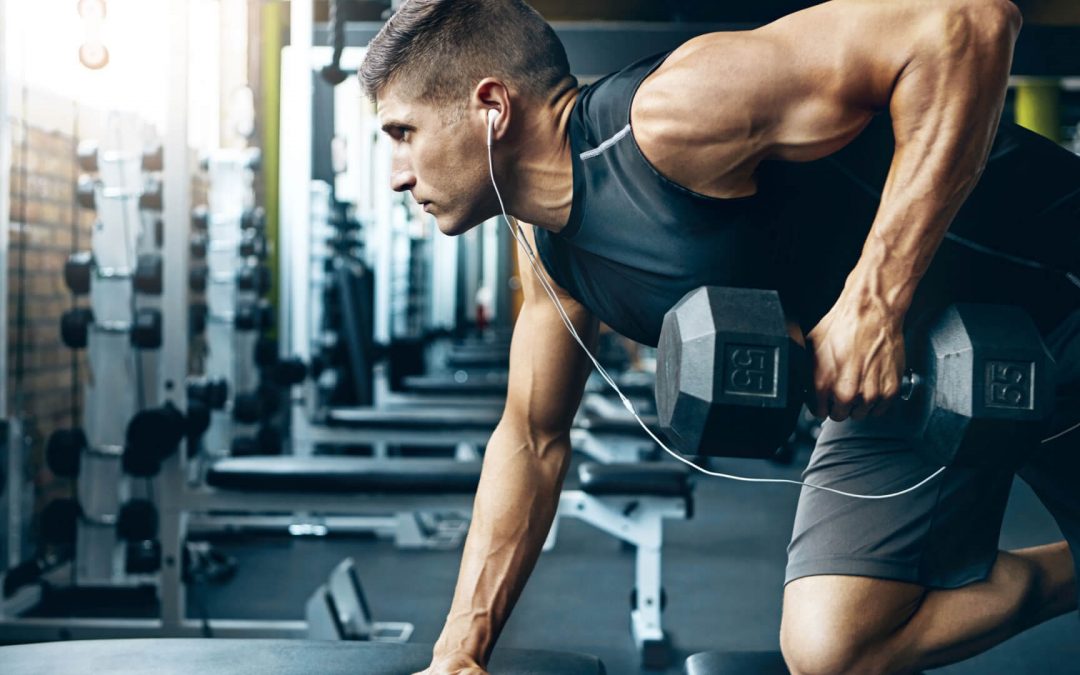 The first muscle which gets subjected while doing the arm exercise is the Biceps brachii. This muscle is comparatively larger in size as well as thicker and is present in the front portion of the upper part of the arm between the shoulder and the elbow.

This muscle helps in bending the arm at the elbow area as well as help in changing the position of the palm from the down to the up. This phenomenon is called pronation or supination.

The second muscle which is under the subjection of arm exercise is the Triceps brachii. This muscle is also large and thick. It is located in the back portion of the upper part of the arm between the shoulder and the elbow. It mainly comprises three kinds of heads. The first head is the short head, the second one is the medial head and the third one is a long head. All of them have separate sites for their attachment.

This muscle mainly helps in getting the arm in a straight position at the elbow area and also provides support in the movement of the arm towards the backside of the body.

The third muscle which functions while doing the arm exercise is Brachioradialis. It is present at the lateral part of the arm and attaches to the humerus bone. Its function is to help in bending of elbow and also manage the process of supination and pronation.

The fourth type of muscle that is used while doing arm exercise is Brachialis. They are present in the front portion of the upper part of the arm just below the Biceps brachii and attach to the humerus as well as ulna. Its function is to help in bending the elbow.

Now, we will discuss the workouts of biceps which are done with dumbbells.

Some Best Bicep Workouts with Dumbbells:

Here, we will let you know about good bicep workouts with dumbbells. Some of them are discussed below:

Start this exercise by standing straight with the dumbbells in both hands. The elbow part of your arm should be in a resting position at the sides while the forearms must draw out towards the front part of your body.

Bend down the elbow gradually and keep repeating the same process.

Start this exercise by standing up in a straight position and keeping your feet apart. Now hold the dumbbell in the hand on the palm. While doing it, the position of your forearms and elbows must be upright. Now, begin to press the dumbbell to the overhead pose.

After a few seconds, gradually, take it back to the initial position and keep repeating

This workout starts with holding dumbbells in both hands. Feet probably a width apart and the knees should be a bit bent while the hands should be in a straight position along the body.

Now choose the arm from which you want to start and then start rotating your thumb in the direction of the spinal column while your elbow flexes to the side of the body which is opposite in direction. Furthermore, hold it there hardly for a second and get it back to the initial position.

Now do the same process with the other arm and keep repeating. It is overall one of the most beneficial workouts

Begin this exercise by sitting on a bench and inclining yourself in the forward direction. Now hold the dumbbells in the palms of your hands and keep your hands in a  resting position whether on the bench or your thigh or knee.

Now, tilt the dumbbells in a downward position until you begin to feel the stretch in your arms. After that, bring the dumbbell back to the upwards position by moving your wrists and then contract your forearm at that position. It’s the easiest yet one of the most strengthening biceps and tricep workouts with dumbbells.

Begin this workout with standing straight with your feet width apart as hips and grasping a dumbbell in your both hands. Now, bend your knees a bit and also bend your trunk over a dumbbell bar while doing this, hold your back in a straight position.

Now hold the dumbbell with your palm and keep the upper part of your body immobile.

Keeping the upper body immobile, drag the dumbbell towards your trunk and hold for a while. Now take it back to the initial position and repeat.

Further, bring your body back to the initial position slowly and keep repeating. It is one of the best bicep workouts at home with dumbbells if you install the bar.

Begin by holding dumbbells in both hands and keeping your arm in a resting position at the sides while your palms parallel to each other. Now, curl the dumbbells up to your shoulders.

Furthermore, press the dumbbell over your head keeping the dumbbells in a  straight position over the shoulders. Now, do the reverse of the same process to get the arms back to the initial position and keep repeating.

Adjust a resistance band on a well-fixed nail over yourself. Keep your one foot a bit forward than the other one and adjust your body in such a position that no tension remains in the resistance band.

Now, grab both ends of the resistance band from both hands and flex your arms forward to the plafond while leaning yourself a bit forward.

Further, take your hands down while stretching the band and squeeze your back part of the body. After that, slowly bring your arms back to the initial position and repeat the process.

Benefits of Bicep Workouts with Dumbbells:

If you perform the workout properly and on the regular basis then it will turn out to be very fruitful. A well-done bicep workout is a way of building stronger muscles such as biceps and triceps as well as bones of arms.

It is very beneficial for those who have to do heavy work every day such as lifting heavy things and for sports freaks as well. In addition, the bicep workouts with dumbbells also strengthen the grip of the forearm. Also, it increases the power of pulling which can help you in various other exercises that require pulling.