Broad Shoulders – All You Need to Know 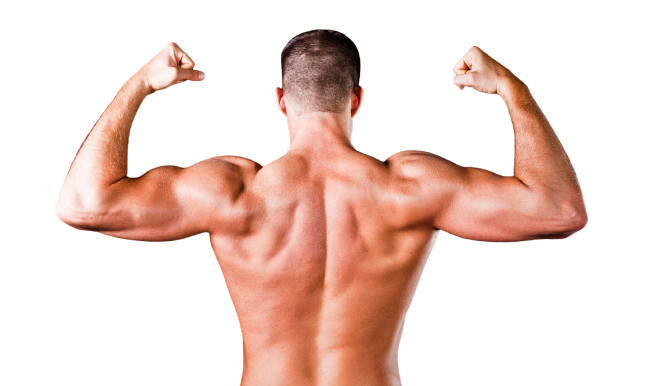 Broad shoulders involve elongation of the collarbone. Collar’s bones are considered to be the symbol of beauty as they make you look more attractive by broadening the upper part of the body. You can transform yourself and get it by exercising.

Undoubtedly, they are sturdy and they can surely benefit you in your daily errands like elevating cumbersome things or they may also help you in athletics. They are common in men however some women also do have them. In women, it’s not considered a good characteristic. Moreover, If you want to know more about them then keep reading.

Typically, women who have this feature do not feel good about themselves because most people consider it as a masculine characteristic. Some women take it as insecurity and start losing their confidence gradually and become very conscious about them. They avoid wearing clothes that focus on them.

They start styling their clothes in such ways in which appearance it can be prevented. They start finding out the ways to hide them as much as they can. As small girls, these women must be obliged to accept this as a masculine characteristic. They must be bullied in their childhood for having this feature. They always feel disappointed in their body and do not find it appealing.

In men, broad shoulders are considered dreadfully appealing. Men with this feature are labeled as tough and powerful because if you have it then they will make you appear way more muscular. They are definitely taken as one of the most likable body features of men. In men, they are associated with genetics.

In some men, they might be due to genetics but some men also gain muscle mass by exercising as our muscles can grow. Many exercises help men in gaining muscle mass such as dumbbell scaption.

Dumbbell scaption plays an important role and it mainly functions on deltoid muscles. It requires great efforts until men gain muscle mass but In today’s world most of the men are gym freaks and they easily get their desired muscle mass.

But the muscle gain can fluctuate with respect to the amount of fat in the body, the diet you are taking, and the size of the body. In addition, there are tons of other exercises as well for instance face pull, barbell front raise, overhead press, seated behind the neck press, barbell upright now, inclined lateral raise, and many more.

How to Reduce Broad Shoulders Female:

Undoubtedly, there is a specific criterion of beauty and for women having this feature is undesirable. Women usually despise them and they do constant struggle to reduce them or to lessen their appearance. Generally, they are related to genetics but if women are overweight or muscular due to working out for a long period of time then the great news for such women is that they can surely reduce them by exercising.

You need to follow a proper fitness routine to get rid of them. It requires appropriate analysis to get to know which exercise is suitable to get rid of this feature and if you already have a workout routine then you just need to make a few changes to it. You just have to avoid those exercises that broaden the muscles such as lifting, rowing, bench press, squat, lat pulldowns, etc.

You can add other easy exercises to your fitness routine such as running. Usually, if you stop using your muscles for some amount of time, they begin to reduce in size. There are several exercises that can help you in reducing them for example cardiovascular exercises, lower body exercises, running, and many more.

In addition to this, you also need to take care of your diet because your shoulders may have excessive fat if you are obese because there is some fat that is present just below the skin.  So, If your diet is rich in fat then you should definitely cut out the fats. You should try taking a low-calorie diet and should definitely add more fruits, fat-free dairy products, vegetables, lentils, whole grains to your diet as they are rich in minerals and vitamins. Thus, these foods will help in losing weight as well as will also improve your health.

But in addition to this, to avoid getting bored of the diet you can take some lean proteins too like lean beef, tofu, plain Greek yogurt, peas, turkey, beans and fish and you have to avoid eating processed foods like pasta, soft drinks, nut butter, canned vegetables because these foods have a large number of calories and little to no nutrition.

These things will doubtfully help you to stick to your diet. You should find daily calorie burn through using some online calorie calculator apps then you can later adjust the calorie intake according to how fast or how slow their body is losing fat.
If you have them due to genetics then you can just do styling in such a way through which appearance of them can be avoided.

In a nutshell, having broad shoulders is not imperfect If you are self-confident and feel good about them. But if they make you feel underconfident then you can surely get rid of them. They won’t wane on their own but the problem of having them can absolutely be fixed. The first step towards getting rid of them is working out.

You have to alter your fitness routine a bit, try to prevent all the shoulders broadening exercises, and swap them with those exercises that can help you in toning down the muscles such as cardio. Also, take a healthy diet and avoid eating fat. If you run away from workouts then you can just make your shoulders look smaller by styling your clothes in the right way. Shoulders do not have much fat and that’s why you only need to lose a few pounds to reduce them.