Esophagus Pain: Here’s What You Need to Know 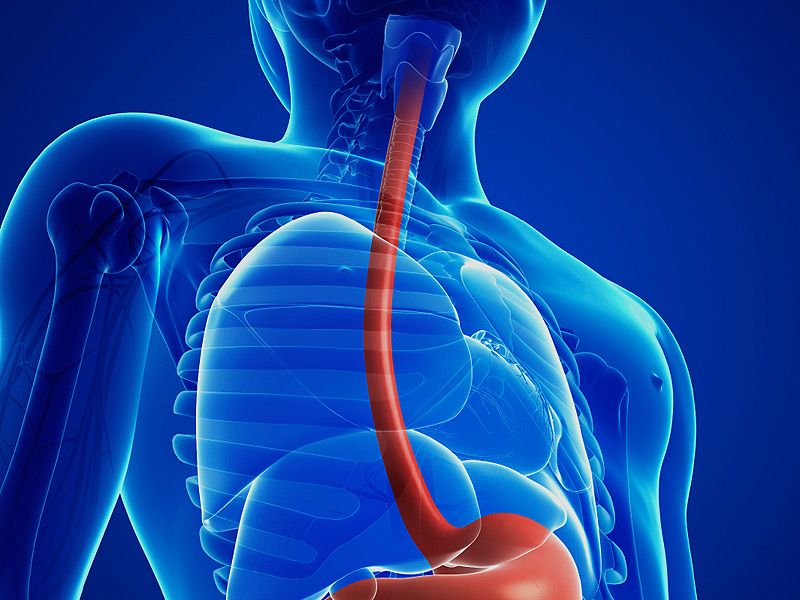 The esophagus is a narrow tube within your digestive system whose work is to allow chewed food and liquids to pass from the mouth into the stomach. Normally, with a well-functioning esophagus, the muscles within this tube will contract and flex smoothly through a process called peristalsis. The food will then go to the stomach for digestion.

You can develop esophagus pain due to several reasons. Read this article for more information if you would like to know what causes this unusual discomfort, symptoms to look out for, and the proper way of treating the problem.

How the Esophagus Functions

The esophagus function as a tube that carries both food and liquid into the stomach. It is normally 10-13 inches long, and it’s located at the center of your chest.

It has a string of muscles that coordinate to take swallowed food into the stomach. The tube also has an upper and lower sphincter that prevents food from flowing back into the mouth and from the stomach, respectively.

What Are the Common Causes of Esophagus Problems?

Primarily, medical experts refer to any esophagus problems as esophagitis – any irritation or inflammation inside the tube that causes Delayed Gastric. These issues may arise because of different reasons. Some of them include:

Over Response to an Allergen

It occurs when there’s an unusual buildup of a white blood cell type known as eosinophils. It leads to difficulty swallowing, esophagus pain, and heartburn.

This is where digestive juices and acids in the stomach go back to the esophagus. It will

cause irritation, which leads to esophagus pain.

If the patient consumes a medication without taking enough water, it can cause pain in the esophagus. Such medications include painkillers such as aspirin, potassium chloride, antibiotics, anti-inflammatory drugs, chemotherapy, and medication for organ transplant rejection.

– Weak immune system due to an underlying medical condition such as diabetes, HIV and AIDS, Cancer of the esophagus

Some of the Symptoms of Esophagus Pain

Other than experiencing esophagus pain in the chest, you may also:

If you leave this pain untreated, the pain can lead to ulcers, scarring, and narrowing of the esophagus.

Since this pain is because of various causes, specialists will first want to know your medical history first before they can carry out any examinations or prescribe any medication to you. They will carry out tests and examinations, including Barium X-ray, endoscopy, laboratory tests, and surgery to identify where the problem lies.

Therefore, as soon as you notice any symptoms, especially those that last a few hours, seeking medical help will be the best solution. You can take over-the-counter drugs that your doctor recommends first, and if the symptoms persist, the doctor will prescribe some drugs for you.

Additionally, lifestyle changes can as well help. Notice what triggers the pain and limit it in your diet. For instance:

– Take note of foods that cause pain

– Take drugs with a lot of water

The good thing about esophagus pain is that it’s common to most people and treatable. Simple lifestyle changes will eliminate the problem. When you notice any symptoms highlighted in this article, consult a doctor immediately. Doing so helps the doctor eliminate the problem from its roots.