How To Gleek- 6 Proven Methods You Should know 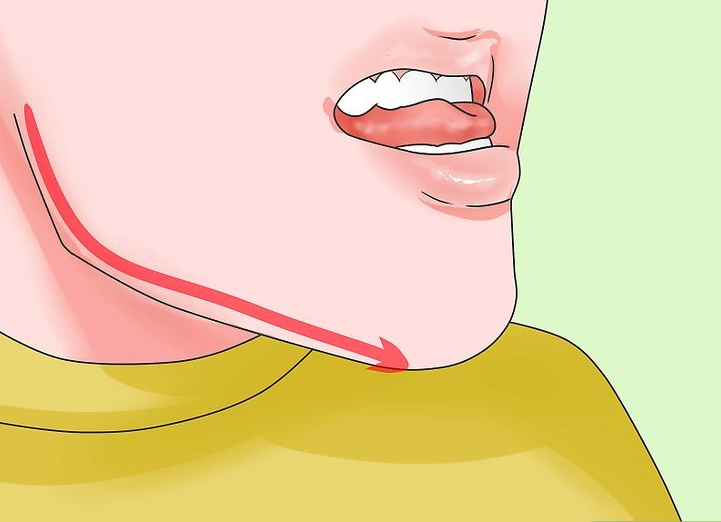 The act of gleeking can be defined as the kind of spitting as it comprises sudden come out of the saliva from the lower part of your tongue. Nevertheless, how to gleek comprises the whole medical process as the saliva is secreted by the salivary glands and then its sudden shooting out is called gleek means it is an involuntary action most of the time.

It is not mostly done purposely yet most of the time it happens during the process of yawning, talking, and when the tongue is undergoing a sudden movement. It is not related to any medical term and you can also be able to gleek whenever you want to by performing various methods. Although it is a bit difficult to do as most of the time, it happens upon itself.

It can not be done by 35% of people in the world as an involuntary action while only 1% of people can gleek knowingly and on purpose. This act is of no use but it was a trend among the youth which was going on various apps like TikTok. That trend made people do this but unfortunately, it turned out to be a failure for most of them.

It never proved to be beneficial but is not harmful as well. But gleeking is considered a talent as people may do this to attract attention in their friends’ circle.

In this article, we will let you know about the methods of gleeking and how to gleek on command. To know, keep reading.

The Anatomy of How to Gleek:

Here, we will give you a little learning of the anatomy of the mouth and of how to gleek with your tongue. The process of gleeking starts from the production of saliva and the saliva is produced by the salivary glands. Your mouth consists of six salivary glands in three pairs. These are the major ones while a plethora of minor ones is also present in the cheeks as well as lips.

They act as the moisturizer of the mouth. Out of the three pairs, two pairs are located in the lower portion of the tongue. They are called sublingual glands and submandibular glands while the third pair is located at the front side of the ears.

The two pairs that are mentioned prior play the main role in gleeking. During the act of eating these two glands get stimulated and thus saliva is secreted but the produced saliva drains itself by using a system of ducts present just below the tongue.

When the saliva builds up under the tongue the pressure of the tongue causes them to shoot out. And when this happens it is called gleeking

Some Proven Methods for Letting You Know How to Gleek:

Yawn several times to stimulate the salivary glands to produce saliva. If you want to gleek and you do not need to yawn naturally then do it yourself. It will help greatly in the excretion of saliva.

After this, flex the tongue in the forward position and position the tip to the upper part of the mouth. Apply some pressure and the saliva will suddenly squirt out of the time. And yes! The gleek spit is done. While doing it make sure you are not sitting in public and if you are, keep your mouth covered.

May you Also read: Why Does Mouthwash Burn

Use of Sour Candy

One of the easiest answers to how to gleek is the use of sour candy. Sour candy is a very efficient source of stimulating the glands to start the production of saliva. To do this, first of all, go to some grocery store and get yourself sour candies.

Now, open them and put some of them inside your mouth, on your tongue. After this, suck the candies and the saliva will start excreting whenever you feel like enough saliva has gathered for gleeking. Stop there and now open your mouth in an O shape and get your tongue positioned in the forward direction and the tip of the tongue should be touching the upper part of the mouth. It can easily be done by flexing. Apply a little bit of pressure and the saliva will suddenly come out like a squirt called gleek.

By Drinking the Water

Water is another beneficial yet easiest answer to how to make yourself gleek. Water moisturizes the mouth to a greater extent by the production of saliva. Even a small amount of water helps salivate. It directly starts stimulating the glans and the saliva starts coming out of them.

When enough saliva comes out, do the steps mentioned prior, turn the shape of your mouth in an O shape and move the tongue forward and the tip of the tongue should flex towards the roof of the mouth. Put a small pressure while breathing and yes the gleek is out. Easily and beneficially!

By puckering of the lips

Pucker the lips and start taking a deep breath. It is a bit difficult to gleek while puckering the lips and breathing deeply together. So, to do this you will have to take a deep breath and keep it caught. Keep your shoulders in a state of relaxation while doing it.

The purpose of a deep breath is to stimulate the glands which will later come out of the mouth as the gleek.

Again, follow the same steps of moving the tongue forward while maintaining the O shape. Now, flex your tongue and make the tip touch the upper portion of the mouth. Breath with some pressure and it is done! By

Pushing the Bottom Jaw out While Keeping the Mouth Open

To do this, wide open your mouth to a comfortable extent. Now, move the bottom jaw in the outwards direction from your mouth. Now, as mentioned earlier, flex the tongue as tightly as you can to keep it stiff.

During this process, the saliva will automatically shoot out of the mouth. Again, avoid doing it in public as it can spread the viruses of other diseases. Or at least cover your mouth.

Chewing is an addition to the easiest yet fun ways of gleeking. If you eat and just after that you start chewing you will feel a prickly sensation in the lower portion of the mouth. This is because of the presence of saliva which can easily be gleeked out. Now, repeat the same steps of flexing the tongue and moving the tongue forward.

However, you should not gleek too much as it can cause hypersalivation which can become the reason for social anxiety.

Gleeking is the involuntary yet sudden shoot out of the saliva which is excreted from the glands just present below the tongue. It mostly happens while yawning, talking, or in between the sudden movement of the tongue.

It is not done on purpose but some people desire to do it. Various methods can work such as chewing, use of sour candy, yawning, puckering of lips, and many more. It is neither beneficial nor harmful as it is mostly done as a matter of fun if done on purpose.