Tonsillectomy Scabs – All You Need to Know 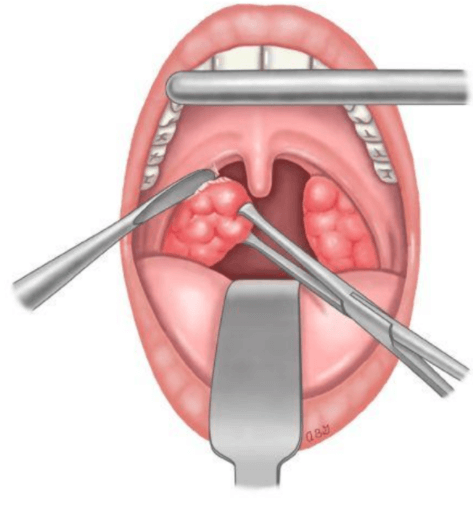 Tonsillectomy is the surgery that is for the removal of tonsils. And after the surgery, thick, yellow-white scabs are composed of coagulum form which is called tonsillectomy scabs. The scabs are normally a natural part of the healing process. Usually, they start to fall off in the form of small pieces in a few days after the surgery. During the process of falling, they may also cause some bleeding.

In children, this surgery is mostly done due to sleep apnea. In adults, it is done if their tonsils grow bigger or if they are experiencing sleep apnea. The scabs may also cause bad breath.

Recovery time for this surgery varies from one person to another person. It is also dependent on the diet one is taking. If it’s healthy then recovery time will be short and for the people who eat food that has no nutrition then the recovery is slow. But during the recovery period, definitely expect scabbing which may cause discomfort and pain.

The scabs are formed in the place where tonsils were present before the surgery. After the surgery, the process of scabbing begins as soon as the bleeding stops. The process of falling off of scabs may take 5 to 10 days. The recovery period can be painful and quite uncomfortable as you’ll have a sore throat, headache, or pain in the ear. And the whole recovery period usually takes 7 to 14 days.

Can Tonsils Grow Back?

Regrowth of tonsils is not so common. But If you’ve had a tonsillectomy then there is a possibility of growing back of tonsils. Sometimes, even after the surgery, some tissues may be left behind. And because of this, they can grow back but not as big as before. Some people are at greater risk for the regrowth of these. You are more likely to experience regrowth of tonsils if:

• If you have gotten your tonsils removed at an early age.

• If you’ve had allergies.

• If you had acute tonsillitis.

You have to keep yourself hydrated and take good care of your nutrition to make your scabs heal faster. Taking a solid diet may be hard for you after the surgery and that’s why you should try to drink beverages that are light on the throat. Adults should drink 6 to 8 glasses of water in a day and for children, it’s 3-4 glasses to keep them hydrated.

For hydration, oral rehydration solutions can also be very useful. Try to drink those beverages which have good nutritional value such as smoothies, juices, sports drinks, and broth as they will help greatly in the process of healing. And if you are a smoker then try to prevent smoking because of smoking healing delays.

What Should You Do If Your Scabs Start Bleeding?

When the scabs fall off, minor bleeding is normal. But the amount of blood should be very less. You may see some red flecks of blood in your sputum. Your doctor would have given you instructions on how much blood is inordinate. And If the bleeding increases then inform your doctor immediately.

Especially, If you start vomiting. You might need to go to the hospital in an emergency. Sometimes, bleeding can also be premature if your scabs start to fall earlier than 5 days after the tonsillectomy. inform your doctor about that and he will guide you accordingly.

In brief, after the tonsillectomy scabs are formed in the place of tonsils which is a part of the healing process. The scabs start falling off 5 days after the surgery is done and it may cause minor bleeding. The recovery period is about 7 to 14 days or it can also vary depending upon the nutrition.

Even after the surgery, tonsils may still grow back due to various reasons. Scabs cause pain and discomfort and to make them heal faster you should stay hydrated and take liquids with good nutritional value. Water containing electrolytes can also be used. And if bleeding increases then you should contact your doctor and take advice.