What a Narcissist Does at the End of a Relationship? 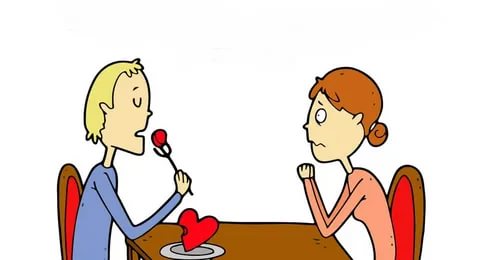 Narcissistic is a personality disorder in which a person became selfish, arrogant, and sometimes also aggressive. People who suffer from narcissism are attention seekers. They think that they have perfect personality and they want praise and extra care from other all the time. When we are talking about narcissistic people many questions come to our mind. What is the reason behind this mental disorder? and if they are in a relationship then what a narcissist does at the end of a relationship?

What a Narcissist Does at the End of a Relationship – Discussion

There are many reasons which come from the psychology that what are the factors which cause narcissistic behavior.

But according to popular opinion fortune is also one of the factors which lead people to suffer from narcissism. In a way that their achievement of many things that they don’t deserve at all. Such things make them feel prideful and arrogant toward other people.

It is so difficult to have a relationship with anyone who suffers from narcissism because they are attention seeker people. They can do anything to seek attention from their partner. Sometimes they start emotionally blackmailing their partner and tell them that what they did for them all the time. Sometimes they overreact to the situation like they start screaming, crying and sometimes show high aggression.

These all situations make you feel guilty. And you are assuming that you might become cruel selfish and unkind towards your partner. You might think that you are hurting them a lot as well. So you try that you should become a better person and do care for them. Also read: Healthy Relationship Quotes.

Sometimes the reaction of narcissistic people badly affects their partner. And their partners also thought that they are blaming and reacting and now they can not move further in their relationship. Resulting in that everything gets to finish and decided for a breakup soon

What a Narcissist Does at the End of a Relationship – How Do Narcissists Deal with Breakups?

Narcissistic people became selfish and they are most of the time unable to survive without their partner. So they tease their ex as they text, mail, and call them again and again. Sometimes they threaten them that they will commit suicide if they will not patch up. They also make promises that they will behave well in the future. This is a mental disorder so sometimes the solution is to talk to a professional or a family member.

How to Cure Narcissistic

First of all people with this disorder are always on the recommendation for psychotherapy. These people are suggested to leave their all hectic routine and give rest to their mind. They should go to a place where they would not feel any type of stress regarding their life.

Their close friends can also help them to recover that they can tell the real image of them gently. They can set the boundaries for the people who love them or care for them. So that they do not expect high attention from anyone and feel hurt if they did not give.

You can advise them to believe in their personality and ensure they think positively. Give them examples that they should be able to take a negative comment. And that feeling is totally okay. You don’t have to be angry if someone does not embrace your personality. Maybe you want someone to love you and they don’t love you back. These are not the feelings you should care about and try letting things go.