Explore What Muscles Do Pull Ups Work in Workout? 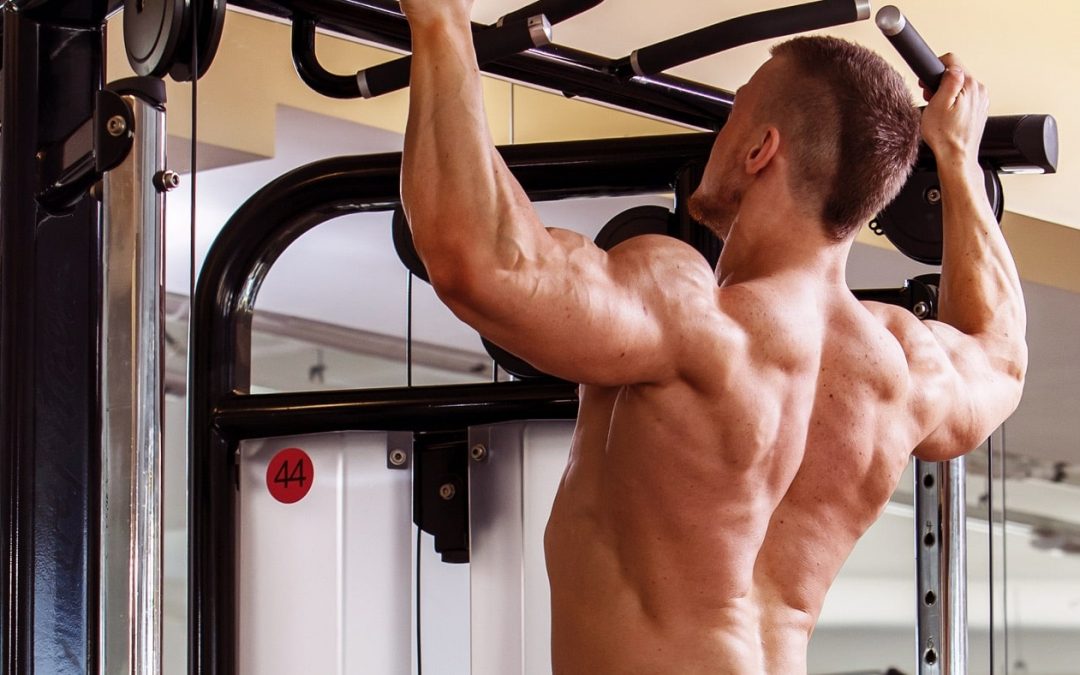 Pull-ups are typically regarded as one of the greatest exercises for the upper body. Both newbies and experienced fitness freaks have to struggle to master this exercise and build stamina. Many people don’t even try thinking that their bodies are incapable of handling it. This is not true since doing it daily and consistently builds stamina in you.

Pull-ups must be a part of your exercise in daily routine as they offer a vast range of advantages that go far beyond simply developing your back muscles. The exercise is extremely practical, which is why soldiers from all over the world utilize it to gauge upper body strength and stamina.  The point is what muscles do pull ups work?

In this article, read how to do pull ups, different types of pull ups, what are the muscular benefits of it, and what part of the body does pull ups work?

One of the most overlooked exercises for developing upper body, back, and core power is the pull up. It needs a chin-up bar, which can be either a straight bar or a cheap doorway bar that you can buy. While the chin-up is a variation that often uses an underhand hold, the classic pull up uses an overhand grip on the bar.

There are numerous modified pull up variations that you can employ to develop the power necessary to complete them if you are new to them. Pull ups can be integrated into a circuit training program or an upper body strength routine. While doing pull ups, many people think about what muscles do pull ups work? Read it ahead.

What Do Pull Ups Work and Its Technique?

You need a spot where you can hang your body from your hands to perform pull-ups. If there is a beam nearby, it would be excellent, but if not, you can choose any other location, such as the upper frame of a doorway.

Hold onto it with your hands, look up at it, and maintain your chest held just a little bit high. Afterward, raise yourself using your arms. At least 20 times should be spent doing this. When you do this, you will feel pull ups muscles worked and these might be paining too.

Despite all pull ups muscles targeting the same muscles overall but still different types focus on some pull up muscles in detail. See the types:

Plyometric pull-ups are calisthenics exercises that primarily work the lats, as well as the biceps, forearms, and middle back to a lesser extent.

In towel pull up, you significantly increase the grip challenge and increase the difficulty of the exercise by holding a towel instead of merely the bar.

Kipping is a movement in which you swing your body to get up speed. Using that momentum to produce a “power swing” that pushes your chin over the bar is known as a kipping pull up.

A standard pull-up with a wider hand position is what wide grip pull-ups are all about. Pull-ups with a wide grasp are a powerful bodyweight exercise for developing lats muscles in the upper body.

A close-grip pull-up is a standard pull-up with a relatively closer hand position. It is ideal for developing your upper body since they place more emphasis on your biceps and chest muscles.

You can add a rotational element to the exercise by utilizing an overhand grip with one hand and an underhand grip with the other. The pull up is the best muscle builder for both a V-shaped back and muscular biceps.

What Part of the Body Does Pull Ups Work?

There are numerous muscles that are used when doing a pull-up; the following is a list of the main ones:

The Trapezius, so named because of its shape like a trapezoid, spans a sizable region at the top of the back. The back muscle that is closest to the skin is likewise that muscle. What do pull ups work on trap muscles? The function is that during a pull up, the traps make sure the scapula or shoulder blades must stay firm.

The majority of the back is covered by the Lats, which are the body’s broadest muscle, with the exception of the region near the traps. The lats can also be seen covering the trapezius major.

The Lats are scapula motion muscles that move the scapula in various directions to aid in arm mobility. In a pull-up, your humerus, the arm bone that is closest to your shoulder joint, is pulled down by your lats.

The bicep, one of the body’s most recognizable muscles, is located on the front side of the humerus.

The primary job of the biceps during a pull-up is to bend the elbow, reducing the angle of the elbow joint and bringing the forearm and bicep closer together. Also read: Bicep Types, Benefits, and Tips

Doing pull ups, targeted are the two little muscles called the rhomboids, which are located between your shoulder blades. Specifically, during a pull-up, the primary purpose is to rotate the shoulder socket and retract the scapula.

The teres major connects the scapula to the humeral shaft. In these pull ups muscles worked, the basic function is to draw down the arm for a pull-up and, most significantly, to stabilise the shoulder joint. The Teres major is frequently called the Lat Little Helper because of its end purpose.

We just discussed, what muscles do pull ups work? Pull-ups are the ultimate compound movement since they work several different muscles simultaneously, making them eligible for all the advantages of compound motions, including:

It is a fact that all compound exercises require a large amount of oxygen. Hence, the heart also performs the workout with these pull ups which results in enhanced cardiovascular fitness.

Pull ups give better muscle growth because as compared to leg workouts that isolate one muscle at a time, all above-discussed muscles are exercised simultaneously. Compound lifts will result in greater muscle growth than isolated exercises.

Pull-ups are challenging since you are raising your complete body by primarily using your back and biceps, which is a difficult task. These muscles gradually get stronger as you raise your capacity for more repetitions, giving you the strength that comes from having a genuinely powerful upper body.

While having a great-looking body is undoubtedly vital, most people also place a high focus on building strength. Your Latissimus dorsi muscle, often known as your “Lats” or “Wings,” can help you develop the desired “V-shaped” figure.

Pull-ups are a fantastic technique for bragging because so few people can actually do them. It’s pretty clear now, what muscles do pull ups work? You can rapidly stimulate others’ attention and interest by doing a greater number of repeats. Strive your hardest to raise your look, stamina, and body muscles.

You May Like: How Long Does Pre Workout Stay in Your System?